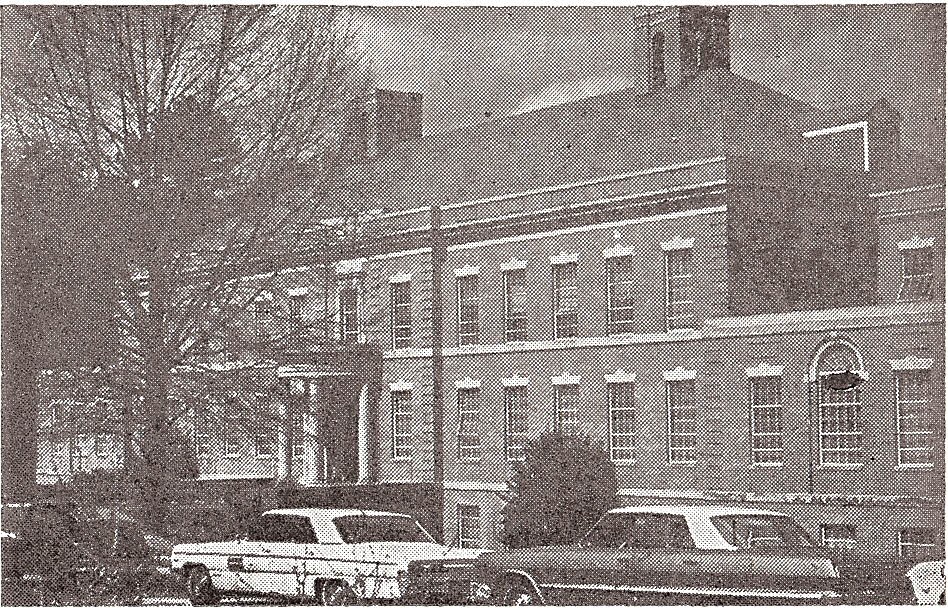 Early in 1944, outstanding mechanical engineering students sponsored and encouraged by Professor Ralph S. Wilber, petitioned the National Council for a chapter of Pi Tau Sigma to be instituted on the Duke University campus. The petition met with approval and the Duke Pi Iota Chapter was formally installed by National Secretary-Treasurer E. S. Gray on May 13, 1944.

Each semester the members of Duke Pi Iota Chapter decide upon a project to be undertaken, dedicated to the advancement and improvement of mechanical engineering on the campus. Since 1956 the chapter has sponsored free review lectures for the E.I.T. examination. An award is given annually to the outstanding junior mechanical engineer.

First and foremost, the Duke Pi Iota chapter of Pi Tau Sigma initiated 27 members this academic school year. We pride ourselves on being a constructive outlet for new initiates for both career and academic advice, as well as being a community composed of students with only the highest expectations for themselves. However, we also aim to be stewards of the department – serving the entirety of the mechanical engineering community at Duke University, rather than just the Pi Iota chapter.

This academic school year, the Duke Pi Iota chapter of Pi Tau Sigma focused on fostering inter-departmental community. Despite the relatively small size of the Mechanical Engineering Department, departmental cohesion has been something we’ve lacked. In order to do this, we sponsored several events focused not only on fostering community within the chapter, but also within the department as a whole. These events included a sophomore dinner and the establishment of a senior-designated “Faculty Impact Award”.

The sophomore dinner occurs in the spring semester shortly after spring break. As Duke requires underclassmen to declare a major on the Friday preceding spring break, this dinner is meant to welcome newly-declared sophomores to the Mechanical Engineering Department. In addition to simply welcoming them, we introduce them to distinguished faculty within the department (professors, lab managers, the departmental head, etc.), introduce them to Pi Tau Sigma, and provide a platform for them to network with both their peers and the invited faculty.

This year, the Pi Iota chapter also established a “Faculty Impact Award”. This award is voted on by only Mechanical Engineering seniors and is meant to be a mechanism by which the graduating seniors can thank a faculty member they feel has had a significant impact on their undergraduate career. This year’s award went to Pat McGuire, the Senior Lab Administrator. Not only is Pat responsible for overseeing all mechanical engineering laboratory facilities at Duke, but he also works closely with senior design teams, providing guidance and helping to ensure success.

Moving forward, we hope that the Pi Iota chapter will continue to expand its involvement in the Duke Mechanical Engineering community. The current executive team brainstormed many other community events and have passed this list on to the upcoming executive team. Some of these events include: hosting an E-Picnic (a weekly picnic for engineers on Friday afternoons), sponsoring a resume workshop, establishing a tutor network, and establishing a mentor-mentee network.

The growth of the ME department at Duke in recent years is promising for the future of the Duke chapter of Pi Tau Sigma.