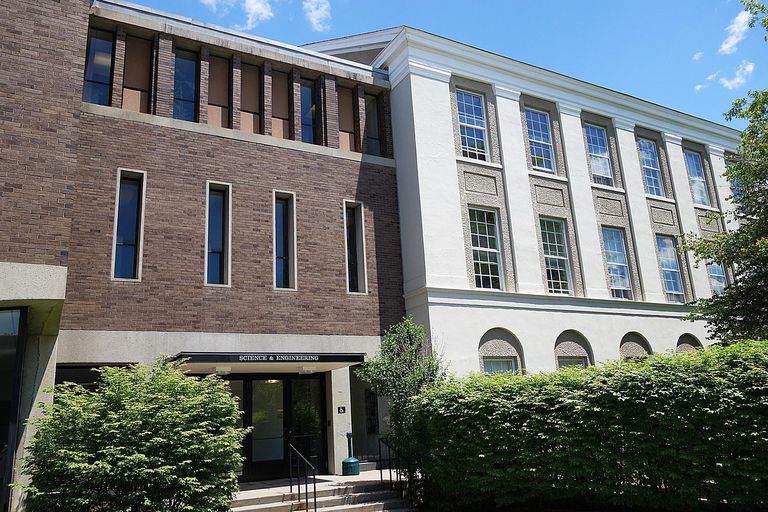 The Union College Alpha Alpha chapter hosted two initiation ceremonies this past academic year.  The first ceremony was hosted in the fall to initiate two seniors who were abroad during the spring of 2017.  This brought the total number of Pi Tau Sigma students from 15 to 17 in the graduating class of 2018.  The second initiation ceremony was hosted on June 5th, 2018 when 12 new initiates from the class of 2019 were inducted.  This class of 2019 represents the top 25% of mechanical engineering students in the junior class over the past 3 years.  The level of stringency was increased from the top 35% of students to the top 25% this past year.

The Union College Alpha Alpha chapter hosted weekly help desks in which underclass students were given the chance to have free tutoring sessions under a student who previously did well in a particular class.  This was a rewarding for the seniors who were given the chance to help out someone who was struggling in a particular field.  While there were no chapter-wide events, comradery among the students in the Pi Tau Sigma graduating class was established, and most students within the society were brought closer together through a common link.

Throughout the academic year the Union Alpha Alpha chapter ran our Mechanical Engineering Help Desks once a week where anyone can come to receive help on their coursework.  At these help desks, members of the chapter are available for anyone to come in and ask questions.  The members on duty during the meeting are there to reexplain concepts from any class in the ME curriculum and to help guide students past sticking points as they study or work through problems.  The Help Desks are run once a week for two hours and have at least two active members on duty.  We also held two initiations, one in the fall and one in the spring where we inducted the following members: