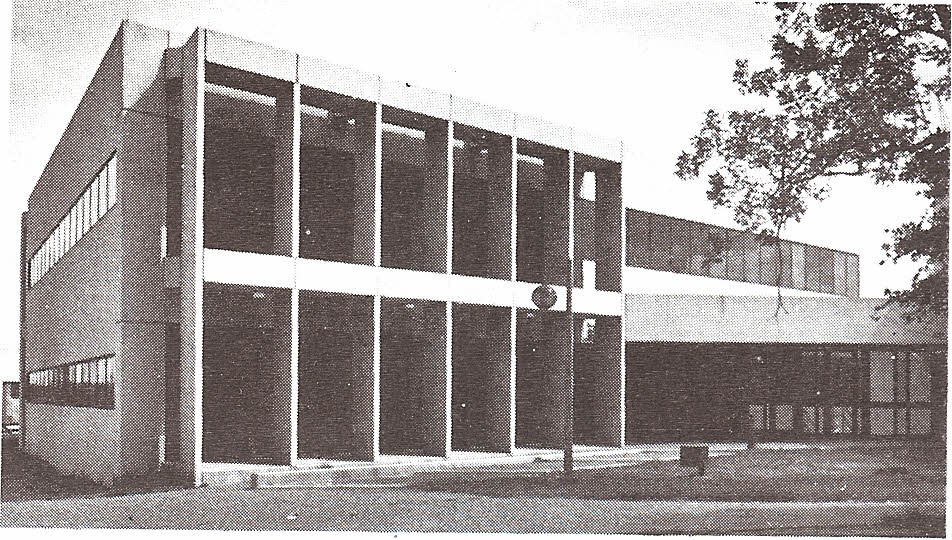 During the fall of 1980, the faculty of the Department of Mechanical Engineering and a group of top-ranking students, under the prudent leadership of Professor J. R. Phillips, P.E., Head, Department of Mechanical Engineering, formally petitioned for a student chapter of Pi Tau Sigma. On April 27, 1981, the national officers of Pi Tau Sigma formally inaugurated the Phi Delta Chapter. Dr. Hudy Hewitt, Jr., Secretary-Treasurer gave an overview of the history of Pi Tau Sigma. Dr. Alexander R. Peters, President, presented Pi Tau Sigma's Charter to Mr. A. E. Greaux, P.E., Dean, College of Engineering. At that same Installation Banquet, twenty students of the classes of 1980 and 1981 and four faculty members were initiated as the charter members of the Phi Delta Chapter. Keys and Citations were presented by Dr. John Crisp, Vice-President Western Region.

During this academic year, many changes happened at my university due to the pandemic. Prairie View A&M University was forced to stop operations. The university tried to slow down the spread of Covid-19 to protect faculty, staff, students, and community members. Therefore, to comply with this guidance, we had to continue studying virtually. All the school activities had to be done from home.

Although the executive board discussed the events planned for Spring 2021, we could not execute any events. We considered the opinions of the chapter advisor, Dr. Jaejong Park, and other societies to understand the engagement and participation in chapter and community events. Many events had low participation. So, the Phi Delta executive board decided to cancel most of those events.

Ms. Jasmine Murry, the university program coordinator, informed us about Girls in STEM, which happened on May 15. She needed engineers to participate. The goal was to interest and excite girls in grades three to twelve in STEM. Beatriz Ramirez-Garcia participated in this event. She shared her admission process and answered questions about engineering school, such as math class preparation, homework, scholarships, graduate school, and career goals.

Besides, she participated in the 2021 Pi Tau Sigma Virtual Convention. This event had breakout rooms to do network, graduate school, industry question and answer, hear Dr. Yolanda T. Mack's story, and vote for the next vice president position.

In the spring semester, the chapter had two information session meetings with potential future inductees. Its purpose was to inform students about the benefits of becoming a member, network, recognition, regalia, virtual convection, membership fee, and future dates for the initiation ceremony. In addition, two initiation ceremonies were held during this academic year. The first one was on April 15, 2021, where Mercedes Johnson, the vice president, Stephanie Turner, the treasurer, and Beatriz Ramirez-Garcia, the president, followed the initiation rituals by reading their roles in the ritual handbook. The meeting was held virtually, so we used Zoom to record the initiation ceremony and used DocuSign to record their attendance.

Days before the initiation, two students informed the president that they would not be available to join the initiation ceremony. Therefore, after the president communicated this message with the vice president, they arranged a makeup initiation meeting. This second meeting was held on April 23, 2020, in which the same procedure was done.

Eight new members were inducted into the chapter.

During the 2018-2019 academic year, the Phi Delta chapter of PTS focused on growing the membership base and outreach to high school seniors in the surrounding areas. As the main representative for the College of Engineering, members of our chapter attended various events throughout the year that focused on high school seniors who were looking at the different options they had for colleges.

During the Prairie View A&M University Fall Open House, our members answered questions from parents and high school seniors regarding the College of Engineering. With the collaboration of the PV Racing organization, a demo of the Society of Automotive Engineers’ BAJA car showcased the type of hands-on projects available to incoming freshman.

New initiates recruited the future of Prairie View A&M University students at the 33rd Annual Houston Hispanic Forum on a weekend in February. During a citywide poster presentation, organizations and universities joined together to K-12 students from diverse backgrounds and seeing their faces light up with excitement with fellow students and professors was the best part. In February, other new initiates attended the Pi Tau Sigma National Convention at Colorado State University. Dr. Bryan Willson, Executive Director of the Energy Institute, the keynote speaker of the ceremony spoke about his passion for innovation and gave ideas used to approach it in different ways. The clean energy solution for developing countries introduced various ideas to reduce the production of carbon dioxide on a daily basis of the population. Various day tours were offered including the Powerhouse Energy Institute, New Belgium and the Colorado State University campus tour. The second day consisted of the AutoDesk competition; the theme of the competition was: MOON CAMP. During the two hours allotted, designs that can be used at a moon campsite and were required. An amazing discussion panel who was composed of many prestigious members of academia and engineering organizations: Dr. Yolanda Mack: Senior Principal Systems Engineer at Raytheon and Vice President, Board of Directors at Pi Tau Sigma, Mr. Matthew Todd: previous CSU Pi Tau Sigma president for 2 years and is currently an upfront sales associate for Wolf Robotics, Mr. James E. Turner: has over 37 years of NASA experience and is currently the Associate Director for Technical Management and Engineering Directorate at the Marshall Space Flight Center, Dr. Wade Troxell: currently an associate professor for the Mechanical Engineering Department and the Mayor of Fort Collins, Dr. Mitchell Stansloski: professor at CSU and President and Founder of Pioneer Engineering. A brief career fair and a resume review conducted by some of the panelists provided preceded the closing ceremony. A short awards ceremony was made to applaud the winners from the AutoDesk competition, the tournament winner and the winner of the best organized Pi Tau Sigma Chapter of the year. Then Mr. James E. Turner as a keynote speaker of the night who spoke about what it is needed to travel to the MOON and MARS and how to be able to make it back.