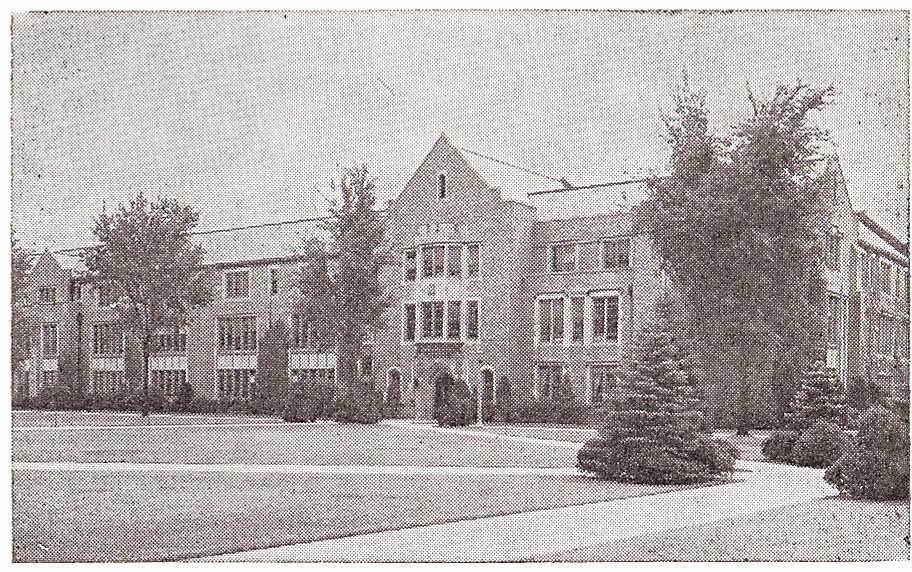 During the fall of 1962, interest in Pi Tau Sigma was aroused among the highly ranked junior and senior mechanical engineering students by Dr. Edward Jerger, Head of the Mechanical Engineering Department. This group then petitioned the National Council of Pi Tau Sigma for a chapter to be installed at the University of Notre Dame. When word was received that a chapter would be installed, officers were elected for the forthcoming semester.

Twenty-five new members were inducted into the Notre Dame Sigma Beta chapter of Pi Tau Sigma this year. For the past few years, the Notre Dame Sigma Beta chapter has been involved in a program called MathCounts. MathCounts is a national mathematics competition for middle school students. The event was held in the Hesburgh library on Notre Dame’s campus and 4 middle schools in the surrounding area participated. 12 chapter members volunteered at the event. Pi Tau Sigma members participated by grading math exams throughout the day and entering the scores into the MathCounts site online. Pi Tau Sigma members were also involved in tutoring for sophomore level mechanical engineering courses throughout the year. Members tutored in both thermodynamics and mechanics II/dynamics regularly.

The Notre Dame Sigma Beta chapter held several events during the 2020-2021 academic year, despite the COVID-19 pandemic. The first event of the year was our Fall Initiation which was held virtually. During this ceremony, 18 students who demonstrated academic excellence were inducted into the chapter. Four additional students were inducted in a make-up ceremony as well. Also, the chapter implemented a new voluntary tutoring program for mechanical engineering students. Several chapter members participated, helping underclassmen with mechanical engineering classes such as Differential Equations, Dynamics, Solid Mechanics, and Thermodynamics. Students were able to meet virtually, and tutors were able to provide insightful guidance for students despite not meeting in person. The plan is to communicate with the Notre Dame Aerospace and Mechanical Engineering Department to make this program a long-term resource for mechanical engineering students. Additionally, every year, the Notre Dame Sigma Beta chapter participates in a local middle school math competition, MathCounts, volunteering as graders. This event allows for our chapter to get involved with students in the South Bend community and encourage younger students to be excited about math. Unfortunately, due to the COVID-19 pandemic, this competition was unable to be held in person, but the entire chapter looks forward to continuing this rewarding tradition next year.

The Notre Dame Sigma Beta Chapter of Pi Tau Sigma hosted various events during the 2019-2020 academic year. Our Fall Initiation was the first event of the year, where we inducted 23 new members who demonstrated academic excellence in the mechanical engineering major. The Notre Dame Sigma Beta Chapter volunteers every year for a middle school mathematics competition called MathCounts to give back to the South Bend community. During this event, members of the chapter acted as graders for the various rounds of competition in which challenging math problems were presented to students. This is a favorite event among members since it serves our local schools and promotes enthusiasm for mathematics among younger students in the surrounding community. Additionally, our chapter holds an annual guest speaker event in which a popular mechanical engineering professor is invited to come and speak to members about a specific area of research, their experiences in industry, or about what it means to be a mechanical engineer in today’s society in general. We have always had very positive responses to this event in the past and planned to hold it in the spring semester, but unfortunately it was not able to be held this year due to the sudden end of the in-person school year. We were able to remotely hold elections for our new officers and look forward to them continuing with the organization next year!

The Notre Dame Sigma Beta Chapter of Pi Tau Sigma hosted several events this academic year, 2018-2019. The first event was our annual Fall Initiation, which saw the organization induct 35new members. For our service to the community, Pi Tau Sigma served as volunteer graders for a local middle school mathematics contest called MathCounts. The members graded 5 different rounds of mathematics problems challenging the young people of South Bend as the local grade schools competed against each other. Some members also volunteered an extra day to allow more schools to participate in the competition and promote excitement of math among the younger generation. In our efforts to help the professional development of our members, the Sigma Beta chapter hosted a guest speaker event with Professor Michael Stanisic. He shared about his experience in undergraduate education, his doctoral work, his experiences applying for various jobs as a professor. For an element of fun, he also spoke about his fascination of automobiles from the 50’s and 60’s. This was a great chance for Pi Tau Sigma members considering further education to learn about their options and post-grad work entails as well as allowing the professor to give a lecture on a subject he finds fascinating. Another meeting was held in the first week of April for the junior members to speak with the seniors about advice on which classes to take and mentor one another.