University of Evansville
Evansville, IN 47722 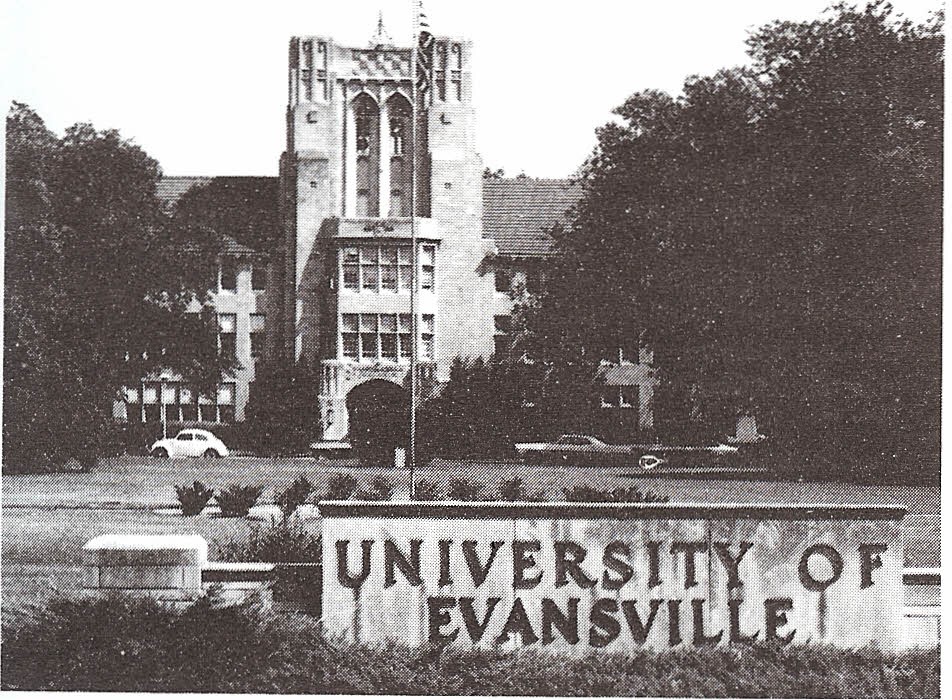 In the fall of 1986. John Layer. Chairman of the A.S.M.E. student section at the University of Evansville. initiated efforts leading to petitioning for a new chapter of Pi Tau Sigma. He was assisted by Dr. Philip M. Gerhart, Chairman of the Mechanical Engineering Department. As a result of these efforts, Evansville Phi Rho was installed on May 6. 1987. by President William B. Cottingham. Vice-President S. Peter Kezios and National Secretary-Treasurer Edwin 1. Griggs. Nineteen undergraduates and one honorary member were initiated as chapter members.

The University of Evansville Phi Rho chapter of Pi Tau Sigma has always been relatively small, with just two members before the spring initiation. At the spring initiation which took place in February, we added three new members. This was sadly our last meeting of the school year as the COVID-19 Crisis took place. We are sad to see out past President Ethan Smith leave us, he served the chapter well and we hope that he does great things. The Phi Rho chapter took place in mostly volunteering throughout the year. The two big volunteering events were the weblos engineering day in which the members of the Phi Rho chapter acted as ushers and lead groups of boy scouts around the various activities which were centered around the different types of engineering. This event was also attended by groups such as ASME, ASCE and IEEE, which all contributed to activities that were made to introduce kids to concepts in their respective fields of engineering. The other event that the Phi Rho Chapter volunteered for was the annual engineering week banquet that in which we escorted guests to their tables and also helped to check people in. The goal for the Phi Rho chapter next year is to be more active on campus and attend a national Pi Tau Sigma conference to see how we can improve and connect with local and national chapters.

For the 2018-2019 academic year, community service and outreach took place in the form of proctoring and grading the exams taken by prospective Engineering students as a part of the University of Evansville Engineering Scholarship Day. These two exams are taken to gauge the problem solving and basic math and science abilities of the incoming freshman class. Through volunteering to manage the proctoring and grading of these exams, the Phi Rho chapter benefits the incoming freshman body by providing immediate scores to the engineering department’s professors. Engineering scholarship day exists to not only provide prospective students an opportunity to tour the engineering department’s building, but also to become accustomed to the senior led projects that take place and to sign up for classes in their upcoming first semester at the University of Evansville. As can be expected, this is a very busy day for the department; by managing the test, the Phi Rho chapter greatly reduces the burden placed on the professors and the incoming freshman class.