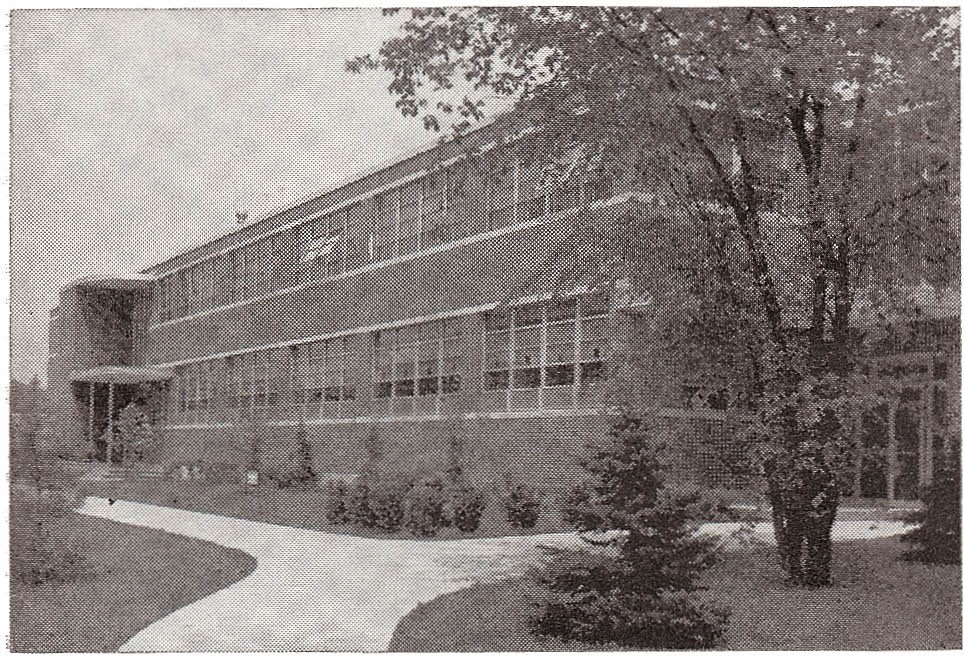 In October of 1969, the students and faculty of the Department of Mechanical Engineering at the University of Rhode Island, having met the requirements set forth in article 6, Section 1 of the Pi Tau Sigma Fraternity Constitution, petitioned the Executive Council of Pi Tau Sigma to grant a Charter for the establishment of a Student Chapter at URI. Upon approval of the petition, the Sigma Phi Chapter was formally installed on May 13, 1970 by the National President Donald R. Haworth and the National Secretary-Treasurer, James W. Bayne.

The objectives of the local chapter is to foster the highest ideals of the engineering profession through education and by an awareness of the responsibility that engineering has to society, and by the cooperation of the members of the fraternity with leaders of local industry, government, and past graduates.

Being members of the honor society for years leading up to this past, Peter and Anthony saw all the room for growth this society had. While it had formally served as a place for engineers to come together and discuss their classes, projects and engineering activities with their peers; it did not hold a place in developing their careers. As we were all fast approaching the next step in our lives, Peter and Anthony decided to place a larger emphasis on networking and developing ourselves as professionals. While they had recognized that the University of Rhode Island had offered many opportunities to put ourselves out there in the real engineering world, they also knew that it was easy to get lost in the crowd and to come away from them feeling like little ground was gained. It was their personal goal to provide the members of Pi Tau Sigma with a higher opportunity to connect with industry professionals and to help get their foot in the door at their company of choice. With these goals in mind, they also sought to expand the society. Starting out with only 9 members, it was crucial to bring in more engineers to broaden our internal network and also to promote as many students as possible. Through this, the hope was that every student would come out a better engineer by the end of the year.

At the start of the new school year, recruiting was the first hurdle to overcome. Presentations were given at the beginning of lecture periods consecutively for weeks to showcase all Pi Tau Sigma has to offer. Follow up emails with the details were provided to the students directly following and a pool of candidates was formed from those who inquired. Among them, the ones with a sufficient grade point average were selected and invited to the initiation. Through this recruitment the society grew to 31 members, tripling its size. The induction ceremony was held on November 9th, 2021 and hosted all of the incoming and returning members. During this meeting Peter and Anthony had stated the proposed goals for the upcoming year and had taken everyone's input. Company interests were shared and later coordinated for personal information sessions and interviews were planned throughout the semester. Through Pi Tau Sigma and personal connections, companies like Raytheon, AMGEN, and Greystone were able to come in and share about their companies and experiences. Unlike the University of Rhode Island career fair, this was a much more personal meeting and every individual who attended was able to make a connection and strike a conversation with those who presented. Through these events a vast majority of our members were able to walk away with jobs for after graduation.

All members of the Honor Society served it proudly and each can walk away from their time at URI saying that Pi Tau Sigma contributed to their success.

To kick off the year, the Rhode Island Sigma Phi chapter officers from the previous year and the newly elected officers (Charlie Dumas: President, Sam Hunt: Vice President, Jay Macchia: Treasurer) participated in the last Welcome Day of the Spring 2019 term on April 27th. At this meeting with prospective students we shared our experiences with incoming engineering students. This was a great opportunity to prepare future engineers for the following years to come as well as promote Pi Tau Sigma.

During the Fall semester, Sigma Phi attended an Open House in order to gain exposure for the Pi Tau Sigma Honor Society but more so to instill the values of engineering in a positive and ethical way. The chapter officers were also present at the Fall Career Fair where we were invited early to speak on behalf of our organization with employers and then afterwards attend the career fair as normal.

Rhode Island Sigma Phi had a highly successful Fall 2019 initiation, producing 17 initiates! This was a huge increase from the year before and planned on matching it in the Spring 2020 semester. Continuing the idea of planning, the Rhode Island Sigma Phi officers had multiple events and strategies planned for the Spring semester. Some of these ideas included joint fundraisers and events with Theta Tau, the engineering fraternity on our campus and guest speaking at classes such as EGR 105 and 106, an introductory course in the various disciplines of engineering. We created a great relationship with Theta Tau and will work on events next year with them, utilizing their resources and manpower to achieve a common goal. It is also our hope to secure a spot into the EGR 105 and EGR 106 seminars to promote mechanical engineering in general.

The pandemic that hit the world this year had an impact on all of us, but as a chapter, Rhode Island Sigma Phi will continue to work hard at promoting and living the ethical values that all mechanical engineers, especially Pi Tau Sigmas should uphold.

The University of Rhode Island offers many opportunities throughout the academic season for prospective students and parents to engage with students and faculty of The University of Rhode Island. In the Fall, Open House is a big part of the school’s ability to show what the programs are all about. The Rhode Island Sigma Phi Chapter of Pi Tau Sigma joined in with other volunteering students on November 3rd at the Open House to speak with visiting high school juniors and seniors, along with their parents, about the school, the College of Engineering, and also to promote The University of Rhode Island’s International Mechanical Engineering Honor Society, Pi Tau Sigma. What Pi Tau Sigma is, what we do, what our mission is, and why it should be joined were explained to possible future mechanical engineering students. Having a presence at the Open House allowed our Pi Tau Sigma Chapter to bolster awareness of engineering honor societies, as well as what they can offer, and what needs to be done and achieved in order to join. We feel that this early stage interaction lets the prospective students know about what is available for them, and how Pi Tau Sigma can be a very important resource for them to have. The visiting students and parents also had the opportunity to talk with our Assistant Dean of Engineering as well. Flyers and papers pertaining to the Engineering Program, such as curriculum sheets and a variety of engineering minor course forms, were distributed as well by Pi Tau Sigma and the other volunteers to those that were spoken to. Pi Tau Sigma’s involvement in the Open House was an exciting experience for the Chapter, as well as for those that were attending.

In the Spring, Welcome Days are offered at The University of Rhode Island. These days allow both high school students deciding between colleges, or those that have already committed to The University of Rhode Island, to come visit the school and to interact with faculty and students, and ask about any program they wish to know more about. Pi Tau Sigma members were stationed in the room for the Mechanical Engineering program during Welcome Day on April 27th, along with the International Engineering Program Students, who were also volunteering to help inform the visitors about the Mechanical Engineering Program. As parents and future college students funneled in, we greeted and talked to them. We explained the mechanical engineering program while we handed out curriculum sheets. We also had different engineering minor course forms which were available to the visitors as well. Welcome Day was another great opportunity to talk with people about The University of Rhode Island’s Engineering Program. We believe that it is never too early to be introduced to engineering. The earlier that we can inform students about engineering and answer their questions, the better. This was a wonderful experience, and allowed us to get involved directly with helping to shape the future paths of many engineering students to come.

Unlike past years, the President of the Rhode Island Sigma Phi Chapter wanted to see rising initiates participate in Welcome Days hosted by the University. Being various designated weekends throughout the semester, members and rising-members of the engineering honor society were asked to be present in order to represent not only the University’s College of Engineering, but also the discipline of Mechanical Engineering. The Welcome Day lasted a total of four hours, with the members and rising members of the honor society taking assigned shifts, standing at the respective table for the College of Engineering and interacting with upcoming freshman and parents who have questions in regards to the school and the Mechanical Engineering Program.  It is evident that the President of the Chapter should implement measures that need to be taken throughout the academic year in order to ensure that the Rhode Island Sigma Phi Chapter remain in Good Standing. Also, with this, it will aid in regards to how to increase member and chapter activity.

From past activity within the Rhode Island Sigma Phi Chapter, it was noted that there were always complications in regards to lack of activity within the Chapter. This was brought up during the meeting at the end of the year, consisting of the faculty advisor, current President of the Chapter, and initiated rising-seniors that expressed interest within executive positions for the 2018-2019 academic year. A proposal that was brought up by the current President of the Rhode Island Sigma Phi Chapter was to participate within the University’s S.M.I.L.E. (Science & Math Investigative Learning Experience) Program. The objective of this program is to serve as an academic enrichment program to students enrolled in grades four through twelve that are minorities or disadvantaged, encouraging S.T.E.M. (Science Technology Engineering Mathematics) content within their future endeavors. Being only two Fridays within an entire semester, it would be a great opportunity for the Rhode Island Sigma Phi Chapter to be represented, promoting not only engineering but also the discipline of Mechanical Engineering. An additional proposal that was pitched during this meeting was also from the current President, recommending that it would be in the Chapter’s best interest to try and attend the annual conference that is to take in the Spring semester. If the members of the Chapter are to show interest early within the year, proper funding can be allocated to allow for a trip to the convention to occur. This will aid in the Rhode Island Sigma Phi Chapter remaining in Good Standing within the honor society, as well as promoting the University at a national convention.

The goal through this initiative it to increase not only membership within the Rhode Island Sigma Phi Chapter but also increase the activities conducted on-site at the University as well as other coordinated external events.