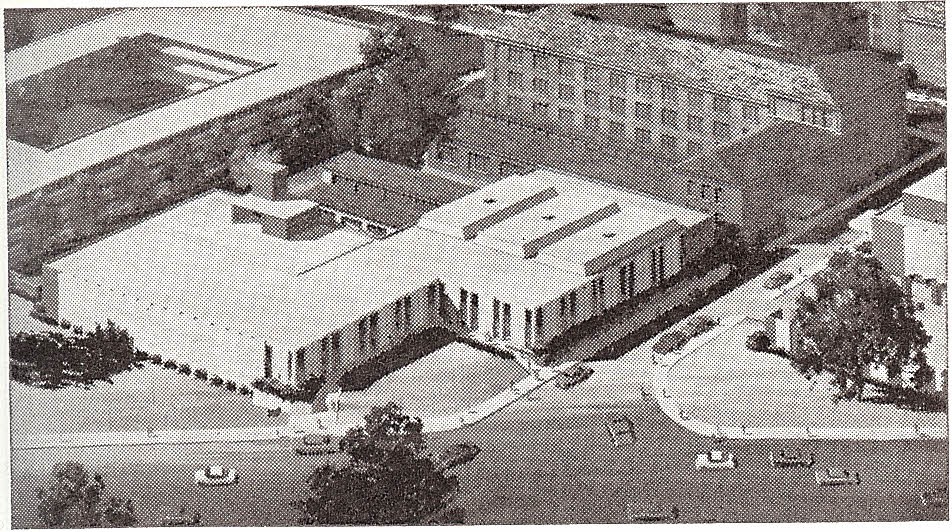 A group of junior classmen, assisted by Professor R. S. King. formed a local organization known as the N.R.G. Society in the spring of 1932. The following fall the society petitioned Pi Tau Sigma and was granted representation at the 1932 annual convention at the University of Illinois. The representatives were initiated on November 18, 1932, and upon their return to Atlanta, they initiated the other charter members. Thus the installation of Georgia Tech Nu Chapter was completed on November 29, 1932. The chapter annually sponsors the presentation of Honors Day awards to the sophomore having the highest scholastic average and to the School's Outstanding Senior. It supports and maintains a student lounge in the Mechanical Engineering complex. It also represents the School of Mechanical Engineering during Engineers' Week with an exhibit. The chapter officers serve on the Student Liaison Committee of the School, a vital communication link between the student body and the school administration and faculty.

The 2019-2020 year has been a huge growth opportunity for Georgia Tech Nu. Prior to the COVID-19 pandemic, the mainstream events for initiates and general members remained largely unchanged from previous years. However it was discovered that certain big-picture projects that had been in the works from previous years had fallen through the cracks over the course of many executive board transitions. This summary will highlight the continuing events for initiates and general members, the big-picture items that were recovered this year, and the work that remains to be done.

We hosted many professional development events for our members this past year. These included information sessions from Clorox, Pratt and Whitney, Caterpillar, GM Electric Vehicles Division, and a planned session from Shell that had to be canceled due to COVID. These were supplemented by research presentations by Dr. David Hu on biomechanics and former Georgia Tech president Dr. Bud Peterson on the future of engineering education.

Every semester, the Nu chapter hosted an undergraduate mechanical engineering research fair. Georgia Tech is one of the most impressive research institutes in the world and sometimes getting into research labs can be tough and daunting. We chose to host an event that would help our fellow students get positions. The research fair provided professors and graduate students a space to showcase their research and recruit undergraduates in a more fun, exciting environment. While the spring fair had to be canceled due to COVID, we are planning an even bigger presence next year to help connect the graduate and undergraduate communities at Georgia Tech.

Beyond member events, this year’s board has also begun a restructuring process of our google drive, our chapter website, and our campus image. The website in particular has been down and inaccessible for at least a year. We are in the process of restoring the website to working order. Included in this project is the need to update our LinkedIn website and Georgia Tech campus website. This is a work in progress that will be passed on to the next executive board. However, the website is a symptom of the larger issue of continuity across executive boards. We worked to solve this by writing turnover documents to be passed from officer to officer. Included in these documents will be the responsibilities, timelines, and contacts relevant to that role in addition to unfinished work that needs to be continued.

The 2018-2019 year has been one of both consistency and progress for the Georgia Tech Nu chapter. Our previous annual goal was to internally restructure the Nu chapter into a stronger chapter that can be recognized as a top chapter nationally. We believe that this goal was truly accomplished during the 2017-2018 year. Our goal for the 2018-2019 year was to better understand and serve our members. A general open discussion was held during the first chapter meeting and resulted in a list of professional, academic, and philanthropic development  activities and events that our members were excited and passionate about.

We hosted many professional development events for our members this past year. We secured and continued sponsorships with Shell, Eaton Corporation, GE Power, The Home Depot, and Pratt & Whitney. 7 of 10 general meetings included information sessions, providing our members with ample opportunity for professional growth, networking, and knowledge. A GE Power sponsored bowling social and a Shell sponsored Topgolf social provided members with one-on-one networking opportunities with company representatives. Multiple members reported securing internships and full-time positions because of the professional events hosted by the Nu chapter throughout the year.

The Nu chapter began an Invention Studio event series for members to learn how to operate equipment like 3D printers and laser engravers at one of the most prestigious makerspaces in the country. We designed and crafted things like keychains and coasters to gift to professors and staff in the mechanical engineering department. We had a lot of positive feedback on this event series and are looking to expand in order to have members train on a more comprehensive set of equipment.

A few new philanthropic activities were incorporated into the fall and spring semesters. We hosted sandwich making events sponsored and paid for by Shell. At these events, we made and packed over 100 sandwiches and donated them to a local homeless shelter. We hosted a mental health awareness event on Pi day, 3/14, and let students ‘pi’ us in the face with whipped cream to alleviate some stress and have a few laughs. Progress through service!

Lastly, a signature event combines professional, academic and philanthropic aspects was introduced to campus both spring and fall semesters. The Nu chapter hosted an undergraduate mechanical engineering research fair. Georgia Tech is one of the most impressive research institutes in the world and sometimes getting into research labs can be tough and daunting. We chose to host an event that would help our fellow students get positions. The research fair provided professors and graduate students a space to showcase their research and recruit undergraduates in a more fun, exciting environment. Both fall and spring research fair were a hit, with over 15 research labs and over 80 undergraduates attending the event. The Nu chapter prepares to increase the size and campus involvement of the fair in subsequent semesters.

The 2017-2018 year has been one of both consistency and progress for the Georgia Tech Nu chapter. The annual goal this year was to restructure the Nu chapter into not only a stronger chapter than previous years but also one that can be recognized as a top chapter nationally. To accomplish this, an open floor discussion facilitated by the executive officers was held, allowing many new ideas and suggestions to come to light. The result of this chapter meeting was a list of effective chapter practices, ineffective current chapter practices, and new chapter practices inspired by the top chapters at the annual PTS national convention. The first course of action was to review the effective chapter practices to figure out why they work so well and to make sure that these practices are continued by future officers. Second, the ineffective chapter practices were scrutinized to discover the root cause of each problem. Based on analysis and discussion, the Nu chapter made appropriate changes to solve these problems. An excellent example was restructuring the executive positions so the responsibility of each position is more clearly defined and individual officers are being held more accountable for their role. Finally, the Nu chapter implemented new ideas and planned for the implementation of bigger projects for future semesters. Amongst the new ideas implemented this year, two particular ideas stood out to be the most successful. The first was to consistently hold bi-weekly meetings and invite a keynote speaker to present at each meeting. The keynote speaker can be a professor, a corporate recruiter, or anyone else we feel can provide useful knowledge to our already highly talented members. As a result, meeting attendance increased significantly, new potential corporate sponsors are introduced, and multiple members have received internships or jobs. The second new idea was to start an executive officer mentorship program. This was created to combat the high turnover rate that the chapter experiences which results in new officers fighting a learning curve before they fully understand the responsibility of their role. The program allows members interested in becoming future officers to shadow the current officers, sit in on officer meetings, and take care of minor responsibilities for their respective officers to get a feel of what it takes to run the chapter. As a result, more capable members are running for the general elections and the official turnover process each semester run more efficiently than the previous one. The Nu chapter not only focuses on the current goals but are always looking for future opportunities to improve the chapter. The biggest project being planned for future semesters is hosting a signature event every semester that combines the social, philanthropic, and fundraising aspects of the smaller events currently hosted by the Nu chapter. If successfully executed, this event will promote recognition of our chapter on campus and with potential corporate sponsors, increase membership, and generate funds to expand the involvement of our chapter within the Atlanta and Georgia Tech community.